Born - Gilfach Goch, South Wales, 1940, the eldest of three sons whose father was determined that not one of them should follow him down the pit. Married with children and grandchildren.
Qualified in 1963 as a teacher of Art (tutor - Fred Heap) and Ceramics (tutor - Frank Hamer) and Craft, Design and Technology (tutor - Bill Jenkins).
His career in teaching (special education) took him to Bermuda in 1971, where he was greatly influenced by a small group of professional artists, which included Desmond Fountain, Emma Mitchell and Charles Zuill, who introduced him to etching as another medium of observation and expression. As a member of the Bermuda Society of Artists he had a successful show of paintings and graphics with two other artists during December 1973 at the City Hall, Hamilton, Bermuda.
During 1974 he became a convinced Christian. He returned to the UK in that year to teach emotionally and behaviourally disturbed teenage boys in S.E. London, when he produced some further graphics reflecting their disturbance and dysfunction.
He and his wife were missionaries in Nepal from 1979 to 1985 involved in technical education in the far west. Upon the completion of their work in Nepal, he was appointed in 1985 as Deputy Headteacher (later Vice Principal - Education) of one of The Shaftesbury Society's schools for children with physical handicaps in Bromley, S.E. London, and specialised in the use of computer aided education. He took early retirement in 1995 and was used in the London Borough of Bromley as a supply teacher working again with disturbed teenagers and with very young children on the autistic spectrum.
He was the pastor of Westerham Hill Baptist Church from 1993 to 2010.
During 2003 he again took up his brushes and joined the West Wickham Art Association and later Bromley Art Society. He is the current Vice Chairman and and edits the quarterly newsletter, The Easel.
Examples of his work may be viewed on the Bromley Art Society website at
http://www.bromleyartsociety.org.uk/gallery/v/members/Allan+Davies/
Allan works in a variety of media - oil, watercolour, acrylic, pastel and ink. He also produces works in mixed media - pastel laid on gouache - ink, watercolour and gouache - and has a growing interest in using ink-jet technology in mixed media work.
His painting style may be described as vigorously loose with strong colours following careful observation and drawing. Since his time in Bermuda Allan has been fascinated by the effect of bright light and colour upon the retina and remembered after-images. 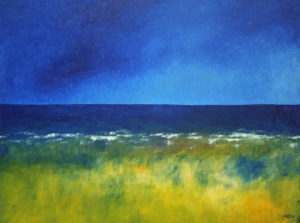 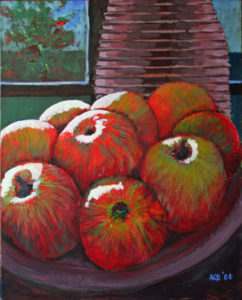 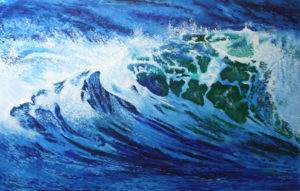 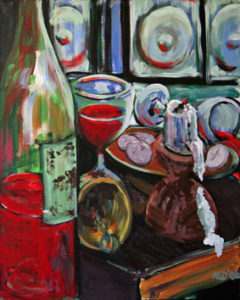 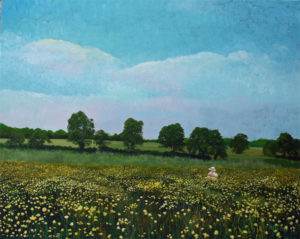 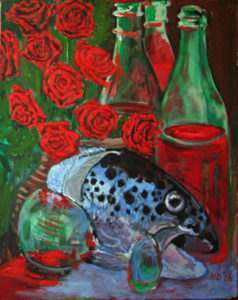 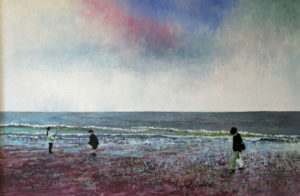 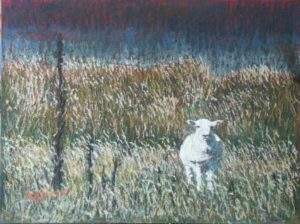 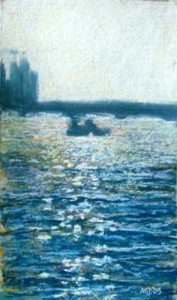 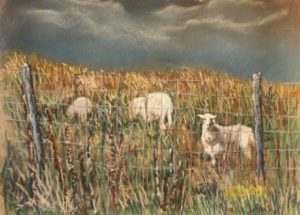 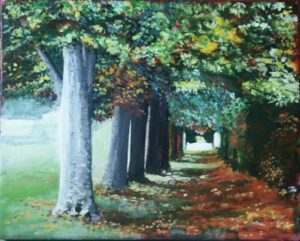