This beautiful and diverse land that we live in holds many fascinations for landscape artist, Diane Mathias, who paints atmospheric scenes from around Ceredigion, Carmarthenshire and Pembrokeshire in oils and pastels. Her subjects include many of the most tranquil places that surround us, yet in our busy lives, we may pass by, un-noticed.
Although Diane has been painting since early childhood as a hobby, her career as an artist did not begin until after her fifth child had begun school in 1999, when she enrolled at Preseli school in Crymych on the lifelong learning scheme as a means of improving her skills, which after having five children had not been used to their full potential for several years.
By the year 2001, Diane's paintings were proving to be popular and so she decided to devote all her time to her art and so became self employed as an artist. In 2002, Diane joined the Cardigan open Studio's scheme that invites members of the public to visit local artists to their studios, which then inspired Diane to open her home studio throughout the year. Her present studio/gallery was opened in 2007 and is now open to visitors all year round.
Diane Mathias also exhibits in local galleries, including Origin Dyfed and the Lounge Gallery at the Waverley in Carmarthen, Pendre Art, Cardigan, Gwilym C Price Son & Daughters, Lampeter and the Victoria Fearn Gallery in Rhwbina, Cardiff, as well as local shows and solo exhibitions.
Why not take a look at Diane's website and view a variety of the works of art that she offers. Visit www.dianemathias.com or take time out to visit her at the studio in Henllan, Llandysul, SA44 5TD. Open all year Monday - Saturday 11am

Flowers or Gardens, Landscape or Woodland Scene, Townscape or Streetscene 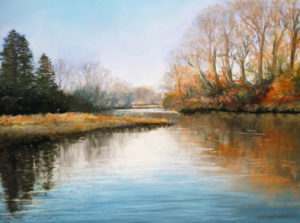 Winter on the Teifi

A Perfect Day at Aberglasney 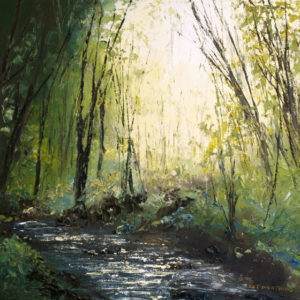 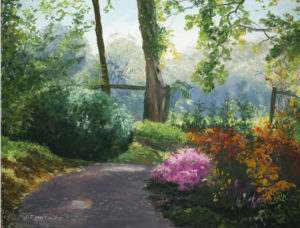 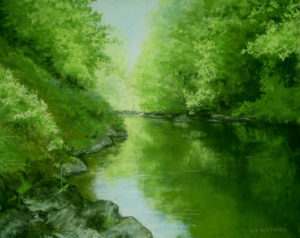 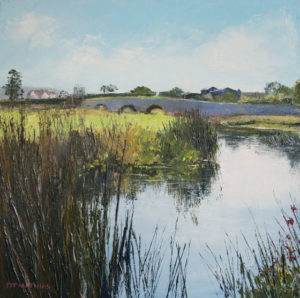