Gordon Brady has drawn and painted from an early age, in secondary school he won an art prize for a drawing of a shire horse and foal, the prize was 7/6, or 37.5p, this was a lot of money for a 12 year old in 1959! He gained a grade 'A' in 'O'Level art, his only formal art qualification. After 'A' levels he joined the RAF and served as a navigator mainly flying in Vulcan aircraft until retiring in 1984.Gordon then joined his wife Carol in the teaching profession, and taught Design and Technology to GCSE standard. It was during this time they joined a watercolour night class and found this difficult and sometimes unpredictable medium enjoyable and absorbing enough to diminish the stress of teaching. In 2002 they took early retirement, sold their house and moved to France. Gordon sold a few paintings in a local gallery and in 2008 the proprietor asked him to take watercolour classes for local people and ex-pats.He is now planning his 7th year with 3 classes, including one complete beginner group. Gordon's classes are, enjoyable - so he is told, but fairly intense, everyone paints the same picture, usually he demonstrates each section/technique first and the students follow. Despite the same basic sketch, colour palette and techniques it is amazing how different the paintings are at the end of each session. His philosophy in painting is, if you enjoy it forget the rules - except for mixing with white! 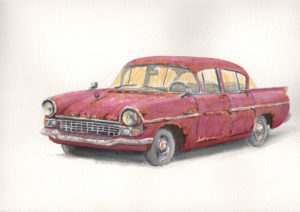 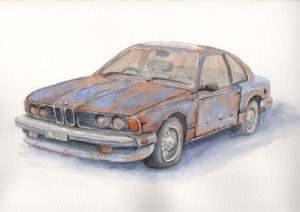 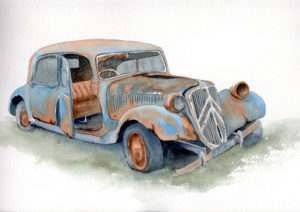 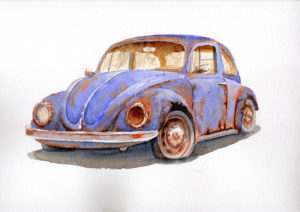 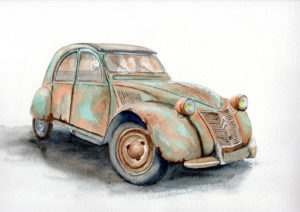 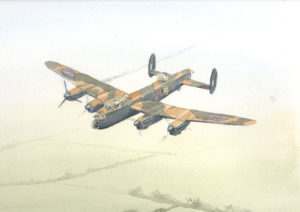 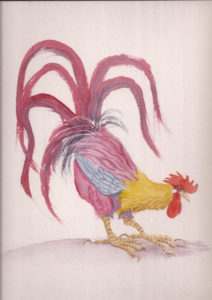 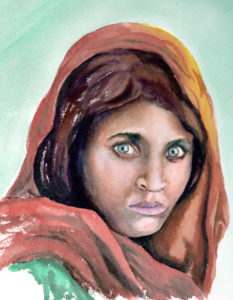 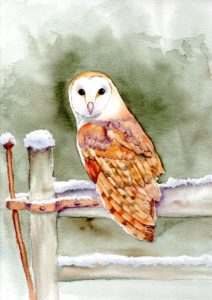 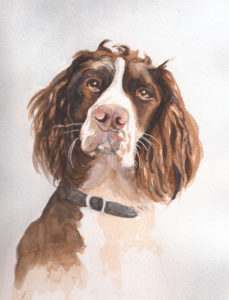