In his early years, Paul was always dabbling in the children's pans of watercolour paint. He recreated flowers and birds, and landscape scenes that he remembered from his school holidays in Dorset. As time passed, and Paul continued into the world of employment and all the entrapments of a twenty-something, he had no time for painting - perhaps it is something you only get to do as a child, he thought. Later in life, Paul met his wife, Terri. They had began to watch a fuzzy-haired softly-spoken American chap on the TV, who, it turned out was the famous Bob Ross and his show "The Joy of Painting". Terri encouraged Paul to try the technique that Bob was demonstrating in his show. Paul was more than pleased with the result, and he urged Terri to have a go, saying that it was much easier than the watercolours he remembered as a child - oils are so flexible to work with, and so easy to repair if you happen to create an unwanted splodge on the canvas! A few classes with a Bob Ross Instructor, and a lot of practise later, both Paul and Terri decided to train as Bob Ross Instructors so that they could pass on the joy of painting to others. They felt that with Paul's previous background and with Terri's complete lack of it, they could encourage everyone and anyone to try the technique, because everyone would get great results with their first painting. Paul & Terri now teach very popular and growing classes in the Bob Ross technique in Surrey, Sussex & Hampshire. 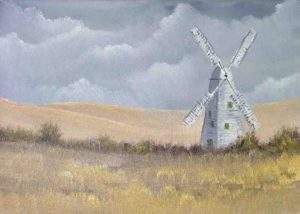 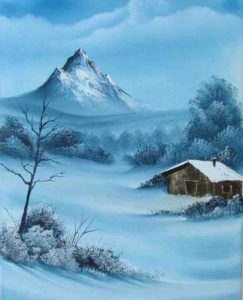 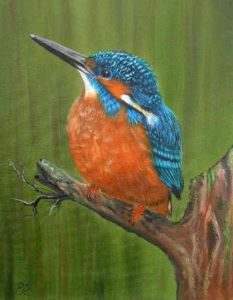 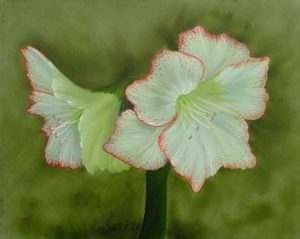 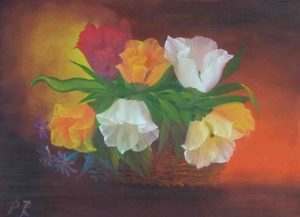 Seascape on the Rocks 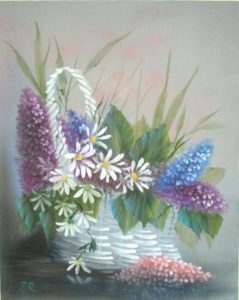 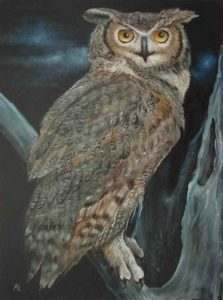 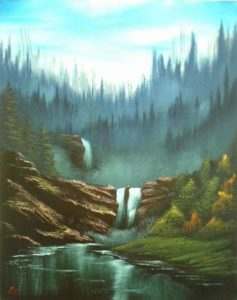 Falls in the Glen 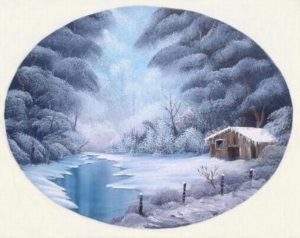 Cabin in the Hollow 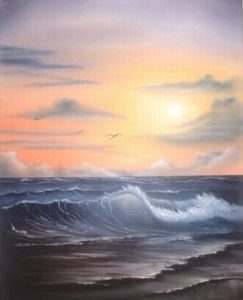