Join Cath Inglis Live!   Paint along from 10.30am TODAY

I am a mixed media artist and  have had many one woman exhibitions as well as showing my work with many organisations.  As well as selling work in the United Kingdom I have sold work all over Europe and the United States and Canada.  My main subject is and always has been Wildlife, although I do paint and teach  all other subjects.  As well as producing my own work I teach classes in  Warwickshire and Northamptonshire.these classes cover all subjects and mediums. Specialised Wildlife Courses are also available. In 2013 i was awarded a Commended in the World Mammal category in the BBC Wildlife Artist of the Year 2013. This was a coloured pencil painting entitled " Portrait of the Wolf ". I also had  a coloured pencil painting entitled " Indonesian Prince" short listed for the Most Endangered Species catagory in the same competition.  In March 2014 I was lucky enough to have another colour pencil painting selected for the David Shepherd Wildlife Artist of the Year 2014. This painting was entitled "Looking at me Looking at you"
I am a member of NWAG Natural World Art Group, AAA Animal Artists Association, TWASI The Wildlife Art Society International, a Member of David Shepherd Wildlife Foundation, and the United Kingdom Coloured Pencil Society UKCPS, AWS Anglian Wolf Society the SAA, RSPB, Wildlife Trust Northants, Butterfly Conservation, Natural History Group Rugby.  In the 2010 Annual UKCPS exhibition , I was delighted to have won the award for the most amount of votes received by the public for my drawing of Cheza. This was a portrait of the alpha male wolf in a pack of wolves that I had the greatest pleasure of walking with earlier this year. What an honour! In June 2011 I recieved a Gold Citation in The Wildlife Art Society International (TWASI) Annual Exhibition for depicting animal behaviour typical of the species shown. I was so thrilled !! 2012 I have just received a Highly Commended Award from WILDSCAPE MAGAZINE "WILDLIFE ARTIST OF THE YEAR 2012" this competition drew in entries from Australia,Canada, Germany, Italy, Spain, South Africa, New Zealand, USA and the United Kingdom. Apart from teaching and producing paintings and drawings of wildlife I also produce originals and prints for a wolf conservation group,the Anglian Wolf Society where i spend much of my time helping look after the wolf pack, as well as studying and drawing the animals.  If you would like to view more of my work please go to my website  www.victoriaparsons.co.uk

Painting and Drawing for Pleasure

FOR THE LOVE OF DRAWING

For The Love Of Wildlife Exhibition 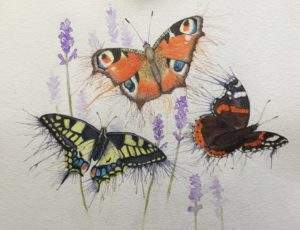 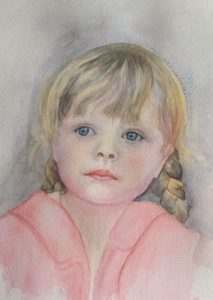 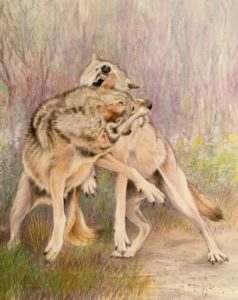 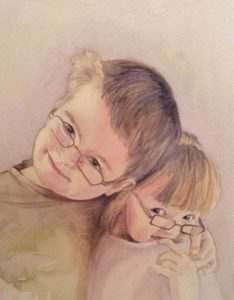 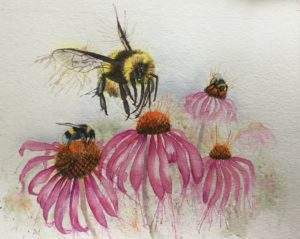 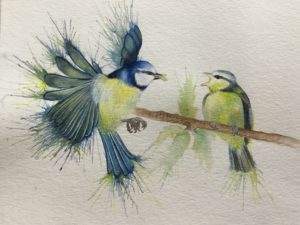 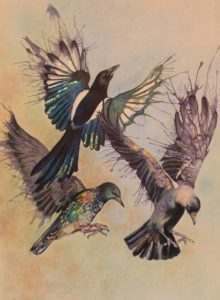 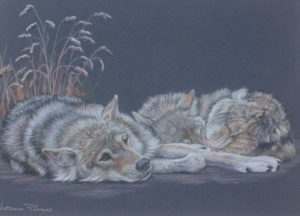 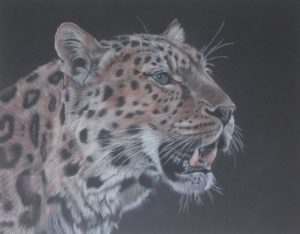 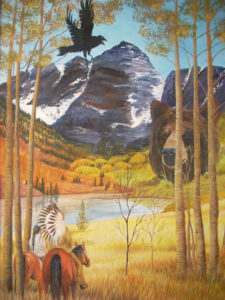 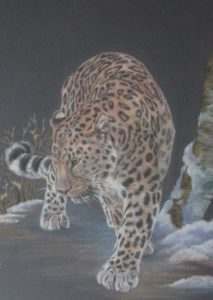 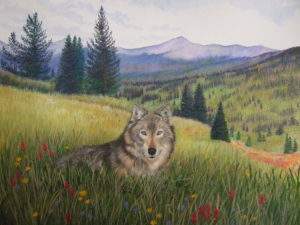 Singing to the Moon

The fight for Alpha

The Eagle And The Salmon

Portrait of the Wolf

The Call of the Wild

The Spirit of Windstar

View from my studio