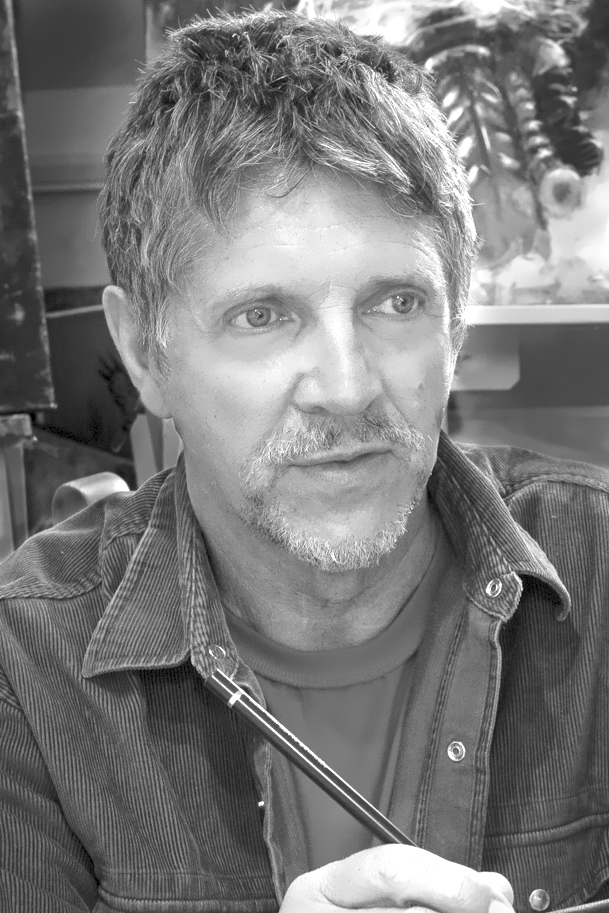 Neil Buchanan is an internationally acclaimed artist and multi award-winning television presenter and producer. He is the creator of Art Attack – one of the most decorated programs in TV history with over 30 awards worldwide, including 2 BAFTAS. He is an ambassador for the Prince’s Foundation for Children and the Arts and was presented to her Majesty the Queen who described his work as ‘ingenious’.
As an artist, having now surpassed his lifelong ambition to create a cartoon character for Disney when they acquired the rights to his Art Attack format, he now spends most of his time painting and exhibiting his own art and photography.
Meanwhile, Neil’s 20 series of Art Attack continue to air on television worldwide from Canada to Australia, China to South and Central America, and all over Europe. 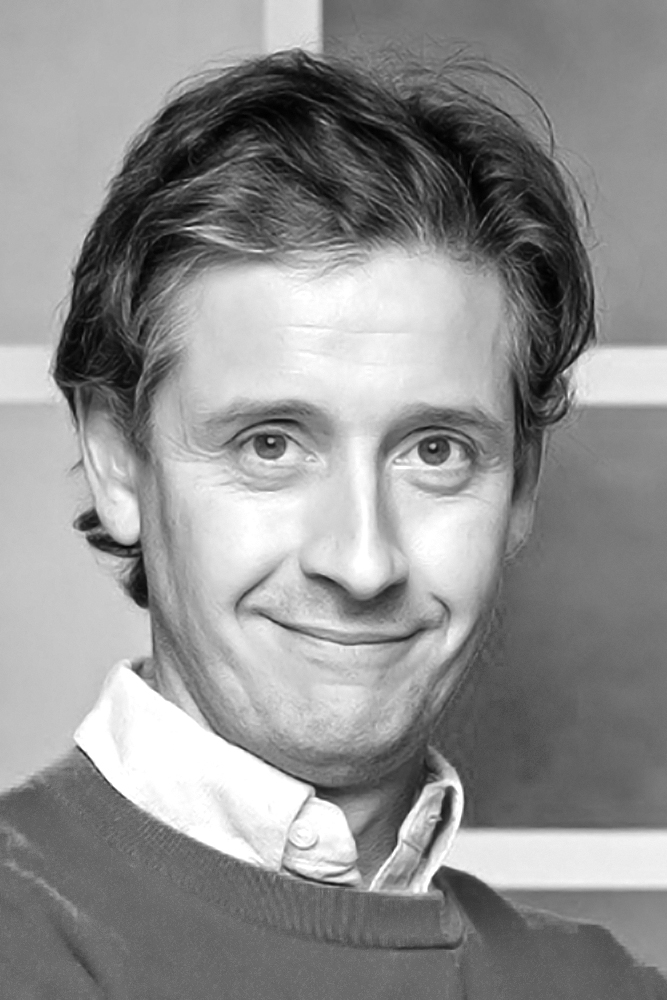 Lachlan Goudie is an artist who exhibits regularly in London and New York. The scope of Lachlan’s work is broad, incorporating portraiture, still life and landscape painting. His canvasses have won numerous awards and in 2013 he was elected a member of the Royal Institute of Oil painters, in London.
In addition to painting, Lachlan is also a writer and Arts broadcaster. In 2015 he wrote and presented the landmark series ‘The Story of Scottish Art’ for the BBC. The four episodes were critically acclaimed and Lachlan was nominated by the Royal Television Society Scotland for the ‘Onscreen personality of the year’ award.

Lachlan has been a judge across three series of BBC1’s ‘Big Painting Challenge’ and reprised this role on BBC1’s ‘Celebrity Big Painting Challenge’, 2018. He is also an expert presenter of BBC4’s ‘Life Drawing Live!’ (2020).
Lachlan’s first book, ‘The story of Scottish Art’, was published by Thames & Hudson in September 2020. Lachlan’s writing is informed by his experience of working as an artist. He is a keen proselytiser for the value of technique and craft in contemporary art and was schooled in painting by his father, the artist Alexander Goudie. The wonder of art: its power to colour and change people’s lives fascinates Lachlan. It lies at the heart of his work as a painter, writer and broadcaster.
Lachlan was born and grew up in Glasgow, Scotland, before studying English at Christ’s College, Cambridge and Fine Art at Camberwell College of Art in London.
You can follow Lachlan on Twitter @lachlangoudie and on Instagram @lachlangoudieart 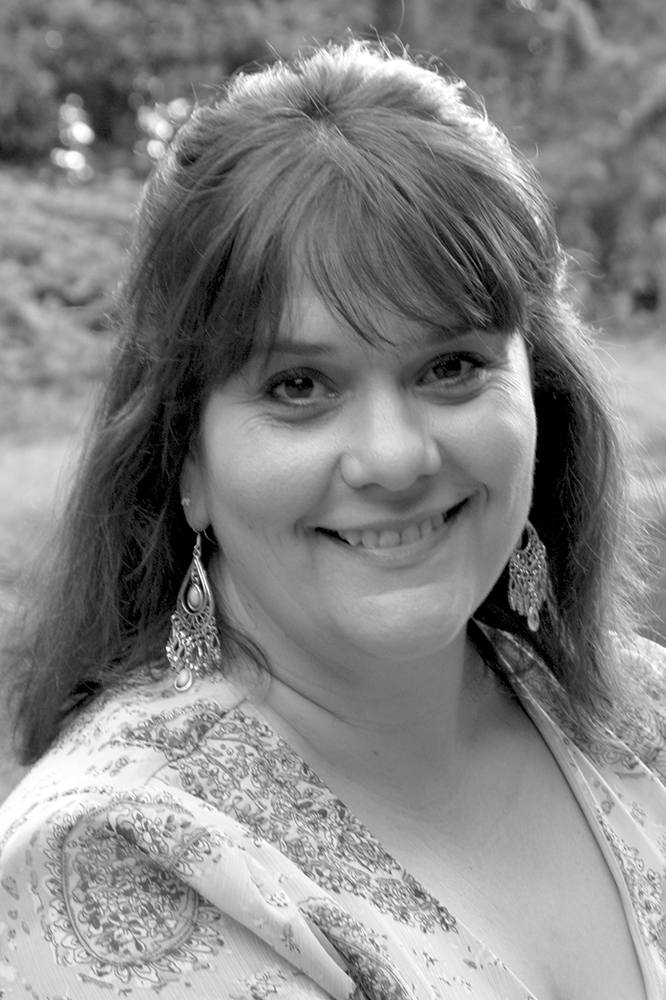 Alison’s expressive mixed media works capture Dorset’s flora and fauna with energy and finesse. She specialises in mixed media with watercolour techniques, a combination that creates textural and ethereal paintings with rich and vibrant colour.
Alison also draws inspiration from dance, theatre, music and literature, often in the form of text which is collaged and worked into her paintings.
Alison’s ever-growing portfolio includes regular demonstrations and workshops for the SAA, a company who has produced a number of DVD and television tutorials with her. Alongside her digital tuition, Alison runs a comprehensive range of workshops, courses and painting weekends from her home county of Dorset, and she regularly demonstrates for Art Societies.
2020 has seen huge changes to Ali’s career, her first book was published for Search Press entitled ‘A Beginner’s Guide to Watercolour with Mixed Media’ and the worldwide lockdown set her the task of delivering all her tuition via virtual platforms. Her PGCert in Online & Distance education and technical skills came into play and she has relished the challenge of continuing to share her subject and techniques. 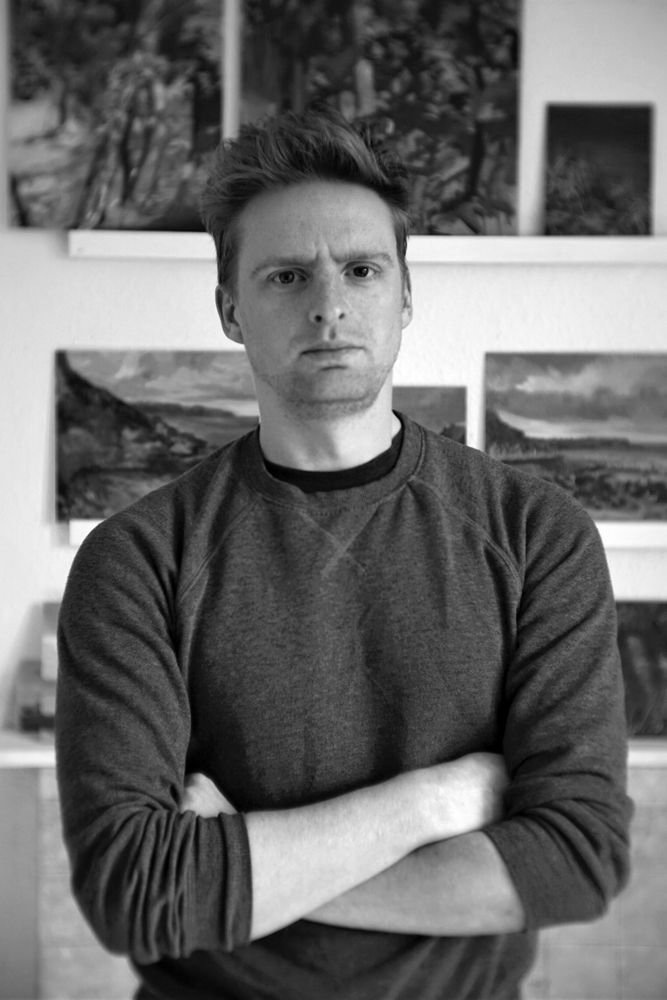 Fraser Scarfe grew up in Lincolnshire, where he has worked from a studio since 2007. From 2008-09 Fraser was Artist in Residence at Lincoln Cathedral and had his first solo exhibition there at the end of 2009. Fraser won the SAA artist of the year in 2008. In 2013 he studied at The Prince’s Drawing School (now the Royal Drawing School) and since 2016 has held the role of Drawing Year Senior Manager, managing the postgraduate ‘Drawing Year ‘ programme at the School.

Scarfe teaches and demonstrates regularly across the UK and was a guest judge on the BBC’s ‘Big Painting Challenge’ in 2018. His first book ‘How to Paint Atmospheric Landscapes in Acrylics’ was published in 2016.

Scarfe also exhibits regularly in Lincoln and London, and his work was shown in ‘The Best of The Drawing Year 2012-13’ exhibition at Christie’s international. In 2013 he won the Drawing Bursary at the 2013 ING Discerning Eye exhibition. As a painter, drawing has always been firmly at the core of Scarfe’s practice. Scarfe’s paintings and drawings always begin on location, a direct response to the landscapes (familiar or strange) that the artist finds himself in. 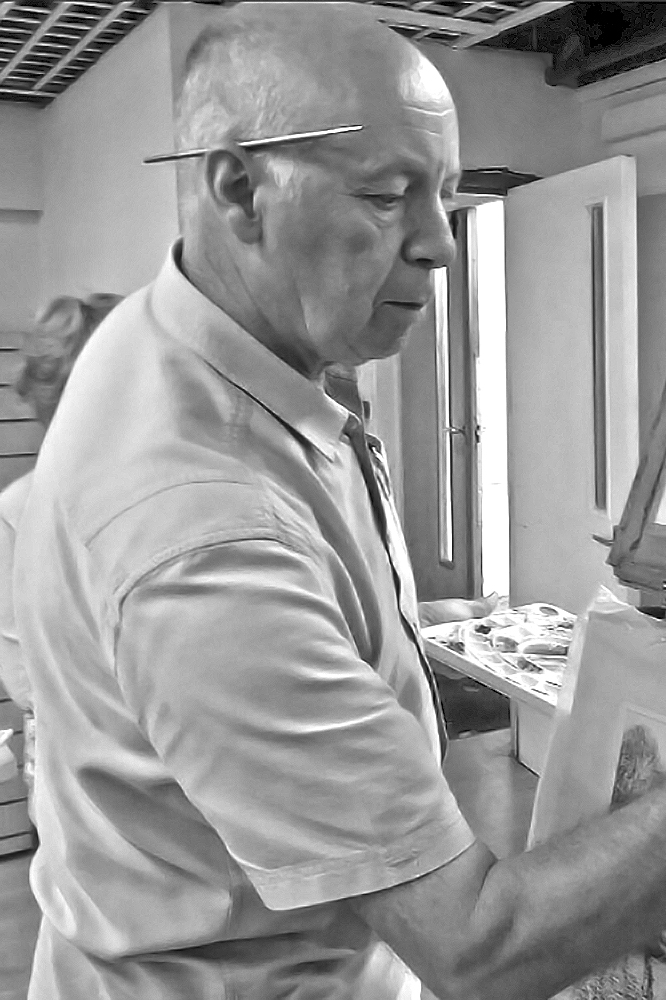 Jeremy Ford studied Graphic Design at Southport College of Art, (1972-5) gaining North West Regional Certificate in Graphic Design.
Studied Illustration at Harrow College of Art, London (1975-8) Diploma (Distinction) in Illustration
Professional Artist and Illustrator since then, working on a wide variety of books, magazines, greeting cards and advertising illustration. Work commissioned by The Royal Horticultural Society, Bradford Exchange Limited Edition Plates, RCA Records, and American Express Travel Guides, amongst many.
Exhibited at the Royal Watercolour Society Open in London and exhibits through galleries in the U.K.
Numerous DVDs on painting in watercolour, gouache, and pastel, and contributed to many more art books.
Popular Instructional art books published by Search Press, Watercolour, Pastel, and Gouache.
In constant demand as a teacher and demonstrator throughout the U.K. & abroad. Certificate in Education (Post 16.) A regular and popular Art Instructor on P & O cruises. Workshops and painting holidays at home and abroad: www.jeremyford.co.uk
Former President of the S.A.A. and frequent visitor to teach workshops. Lives in West Yorkshire, his adopted county. 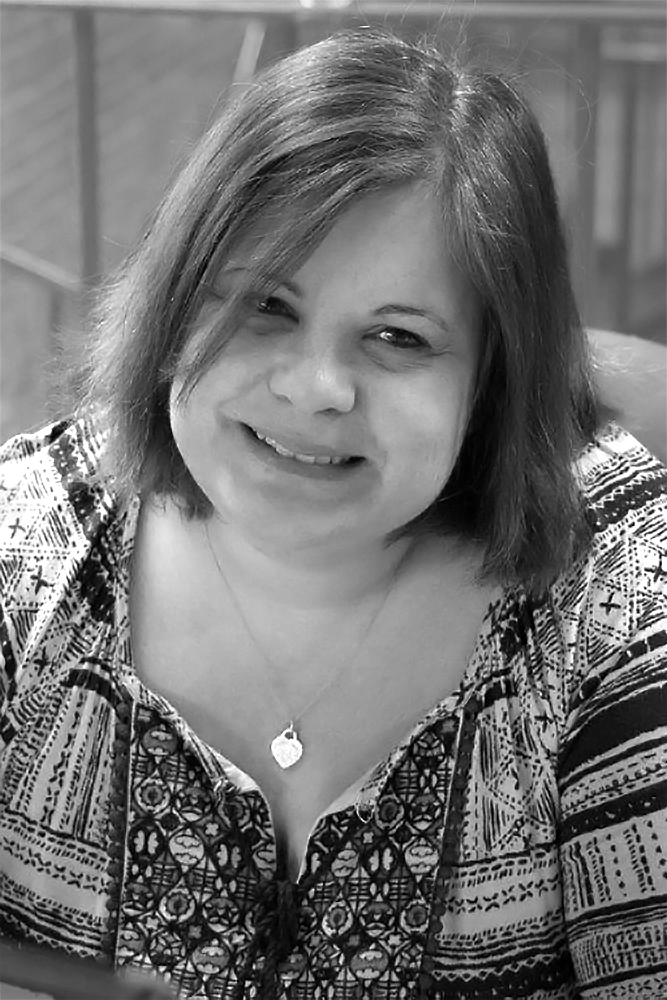 With supportive parents, Anita was encouraged to continue with art throughout school and university. Studying English Literature and minoring in her other passions – History and Art – Anita left university with a BA Hons in Humanities.

After University, with no intended career in mind, Anita worked for the Roya Mail, numerous shops and partook in a couple of archaeological digs – All whilst continuing to pursue her passion for art by doing commissions for friends and colleagues, arranging painting competitions and painting murals for a local pub and hospital.
After successfully applying for a job role within the Goods In Department of The SAA, Anita’s talents flourished as the company supported and encouraged her skills, motivating her to write for Paint magazine and create paintings to support the Marketing Team.
It was being part of the SAA that inspired Anita to believe in herself and her artwork. Over 20 years later, as the SAA’s In-House Artist, she feels privileged to work alongside a passionate team and is constantly inspired and supported by the members and other artists.

Anita feels it is a great honour to judge the AOY competition where she’s constantly awed by the high standards and amazing creative talent that is out there. 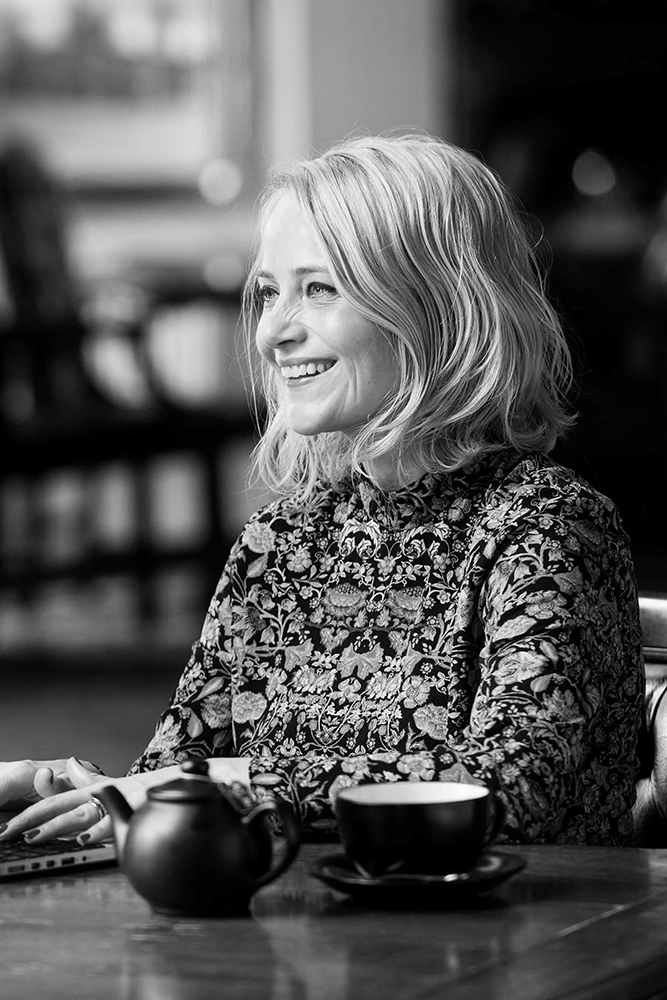 Niki Browes is an editor and journalist with over 23-years’ experience working on national publications. Starting her career as an intern at Vogue whilst still at university, she landed her first full-time position as PA to Editor-in-Chief Dylan Jones at GQ magazine, quickly rising through the ranks until she became Commissioning Editor. From there, she took in-house senior roles at Red, Marie Claire and InStyle whilst, for several years, she was also a regular contributing editor for both Harrods magazine and The English Home.
She relocated from London to Nottingham in 2015 and, since 2018, has been Editor of the SAA’s exclusive Paint magazine, where she has overseen two redesigns, which have both been warmly received by members and industry insiders alike.