The Art of the Dot with Anita Pounder

Using the dot is an ancient art form realised in the practice of prehistoric tattooing, ancient Mandala patterns, cave art either painted or carved, and it continues into modern art, fashion, music and technology. Numerous expressions are used to describe the art of creating an image using dots, “dot art” is used to refer to the distinctive patterns and colours used by Australia’s aboriginals, whereas “stippling” is used to describe the technique which uses using numerous small dots to create black and white tonal works. Then there is “pointillism”, a neo-impressionist method of creating a painting using tiny dots of pure colour which the optical senses convert into colours and shapes.

Dot Art is often used to refer the carefully placed dots in a sequence or pattern. Though Indigenous Australians have used dots in art and other forms of expression for a very long time, seen in the symbolic patterns carved on artefacts and in ancient rock art – I was surprised to read that the art we are familiar with as representing Aboriginal art was actually developed in 1972 as a medium for telling stories and enlivening culture.
Different styles were developed within different areas, from the finest of minute marks neatly arranged on the canvas to the wild and multi-coloured large finger dotting; with each of these groups developing their own cultural style with the different shapes and symbols having their own meanings.
Dots were used to in-fill designs and to obscure secrets or sacred information from those deemed uninitiated. The traditional colours were carefully selected, yellow represents the sun; red, the desert or sand; brown, the soil; and white the clouds.

Stippling is the art of using numerous small dots to create a decorative effect adding texture to a piece of art, ceramic and the black and white tonal work will fall into this category. The same way in which you would use cross hatching to build up tones in a picture you can do the same with dots, the denser the dots the darker the area will be. It takes time and patience to build up a piece of work with tiny dots and many hours of work go into these pieces. There are specialised brushes and exciting modern tools like the Cuttlelola Dotspen which have helped make this art form a little easier.

The Mandala is an ancient art form, full of meaning and symbolism. The word Mandala means circle in Sanskrit and in ancient Hindu and Buddhist beliefs the intricate Mandala is worshiped and revered as a symbol of deeper connections with self and the universe. They are used as instruments of meditation and symbols of prayer most notably in China, Japan. Traditionally geometric patterns and shapes are used but theses have evolved to being constructed of dots.

In the 1880s, as a reaction to Impressionism, artists like George Seurat (1859- 1891) and Paul Signac (1863-1935) renounced the spontaneous expressive marks in favour of a meticulous, measured, more scientific approach to the use of colour and colour theory. This was inspired by the theories and published works of physicists Herman Helmholtz; Ogden Rood, himself an accomplished watercolourist; and Michel Eugène Chevreul – Seurat and Signac drew heavily on this science when painting.
By applying a dense application of tiny dots or strokes of pure colour, it creates the illusion of form when viewed from a distance and relies on the viewers’ eye to mix the colours, this is called optical blending. A blue dot of colour next to a yellow dot optically creates a green. The technique also uses the juxtaposition of complementary colours like Blue and Orange, which are opposite each other on the colour wheel, to enhance each other’s intensity.
Seurat preferred the label Divisionism or Chromo-luminarism, which is concerned with colour theory, whereas pointillism is more focused on the specific style of brushwork used to apply the paint, but it was the term Pointillism that became popularly used to describe this style of work.
It was a laborious method of painting, with each artwork being composed of tiny, painstakingly laid out dots. It took two years for Seurat to paint the 3.5million points of colour on the Grande Jatte.
Paintings by Seurat:

A number of well known artists of the period and soon after were influenced by Pointillism, some only producing one of two pieces which closely represented Pointillism before adapting the technique to their own style. Noted names who explores the technique include: 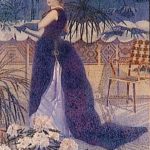 Henri-Edmond Cross (1856 –1910) did not adopt their style for many years but the painting “A Portrait of Madame Hector France” shows the influence of Pointillism; 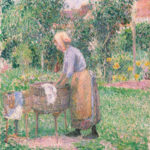 Camille Pissarro (1830 – 1903) shows how he was influenced but adapted the technique in his colour sketches and painting of the Eragny Landscape, where the core principles of colour placement and use of dots of colour was painted in a much looser style and more of the white background is used to separate and enhance the colours; 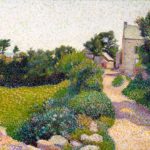 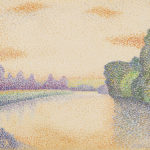 Albert Dubois-Pillet (1846-90), The Banks of the Marne full of colourful dots; 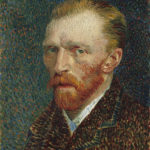 Van Gogh (1853-90) painted occasionally in a Pointillist style but found it too restrictive for his much freer application of paint.

Pointillism on the surface can appear easy but it is far from as it relies in careful understanding of colours and how these work together to manipulate of the eye. The Pointillist movement left a legacy of artwork and many of the concepts and ideas continued to be used by artists in the future inspiring other movements such as Cubism, Fauvism, and Surrealism – through into modern art like Pop art , comic art modern art, fashion, music and contemporary tattoos. and technology like Televisions and Computers all using a limited number of dots of colour to create a whole colour image.

Using dots in art is not a new technique but it has evolved and flourished. This art form takes patience and hours of work. Tools for creating works of art through dots have also grown, with coloured pens, paint pens, specialist brushes, permanent inks and pens and the exciting Cuttlelola Dotspen which is an electric pens which speeds up and assists with the creation of a work of dots.

A Drawing A Day Keeps The Worries Away with Beverley Haines

Figures in a Crowd with Marilyn Allis